The school is located in the center of Letná in the completely redesigned premises of the former Czech-Slovak schoolbook printing house. The architectural planning was carried out by the Prague office Ackermann architects, the interior design, a mixture of industrial functionalism and opulent baroque, was created by Kateryna and her husband Joachim themselves. The 800m2 of space include a reception area, several practice rooms in a modern interpretation of a musical salon from the late 19th century, a professional recording studio, a deep black concert hall with an attached bar that shines in all the colors of an opulent glass mosaic and a sunny lounge terrace.

Depending on the nature of the event, the concert hall is equipped with either Kartell Louis Ghost Chair (concert seating) or Baxter Sellerina leather armchairs and Baxter Cairo tables (club seating). The bar's mosaics come from Bisazza, the Flying Candles above the bar from Ingo Murer. Colored vintage carpets and again Baxter chairs and tables decorate the rehearsal rooms and the office area is equipped with Usm Haller furniture painted in "praguesirens-fuchsia. 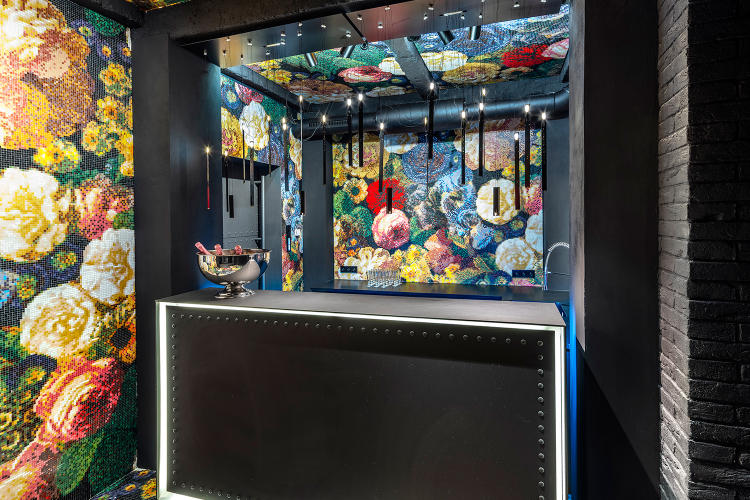 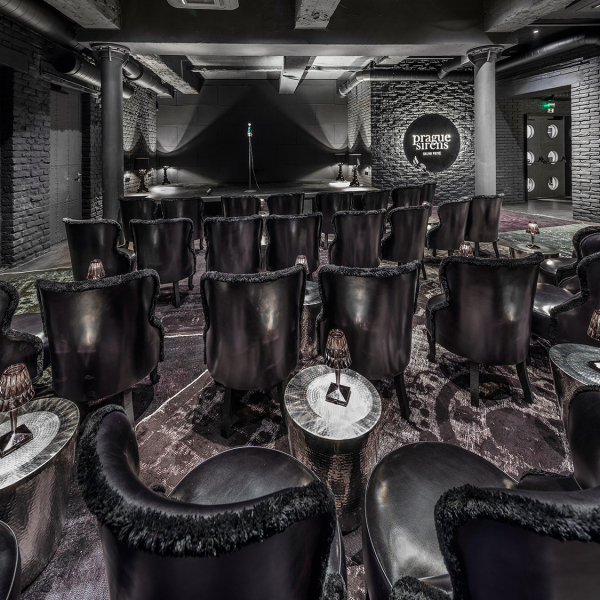 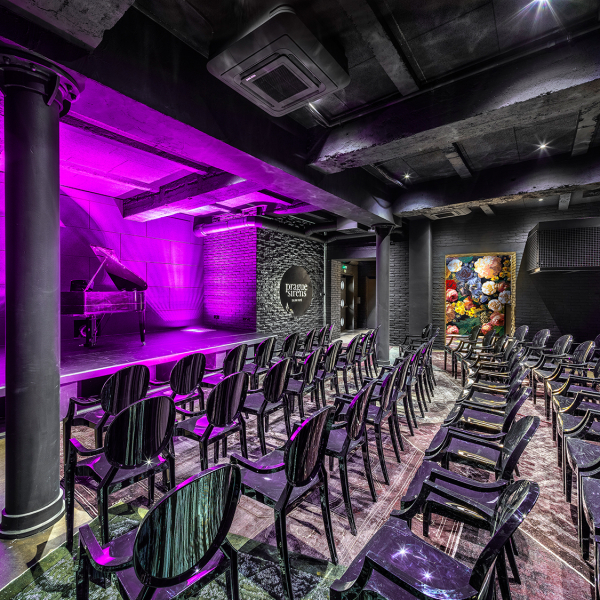 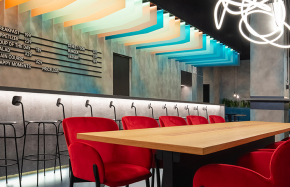 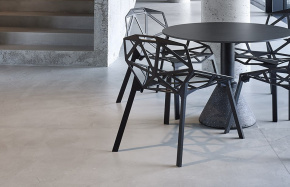 Museum of mountaineering in Turnov