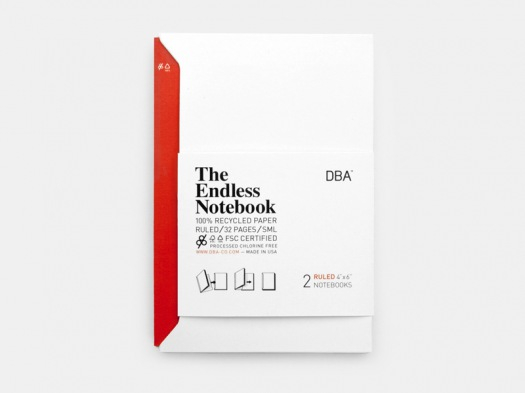 Amongthe names of many famous designersin the last collection of British brand Established & Sons, one could also spota few less known ones. Leo Ransmeier, who showcased his very clever and compact rotating “Revolver” barstool for the British manufacturer, was one of them.

This barstool embodies Ransmeier’s view of the utility value of common everyday items, which this New York creator loves to design. Despite his previous cooperation with the legendary Dutch brand Droog, among others, Ransmeier’s work generally displays a clean minimalistic style with a little twist or ingenious functional enhancement that make his work more than mere blunt minimalism. The same principle was used in the author’s early design in 2006,in cooperation with Gwendolyn Floyd for the aforementioned Droog. It is a pendant lamp called Hang on Easy, whichconsists of a translucent spherical lampshade that can be slipped on an already hanging lightbulb. Verysmart and easy to use, the opening for the light bulb and for securing thecord makes this lampshade an artful object with a specific purpose. The same applies to the latest addition to Leon Ransmeier’s portfolio, the aforesaid Revolver stool created for Established & Sons. The four-legged metal barstool of archetypal design is split atone third of its height and the upper part can rotate as easily as the cylinder of a revolver. While discreet, it is also experimental and very practical, adequately representing the New York designer’s approach.

Ransmeier’s other projects follow the same pattern. One of them, Dishrack from 2008,is again the resultof cooperation with Gwendolyn Floyd during his stay in the Netherlands.A dense forest of plastic rods supports all types of cookware and tableware washed on a daily basis. His 2004 Doormat is createdin a similar manner.

Ransmeier designed a number of items for his own brand, DBA, cofounded by him and his friends Erik Wysocan and Patrick Sarkissian. Its main focus lies in the production of inconspicuous, environmentallyconscious functional objects of everyday use. To mention a few examples, the DBA roller ball Pen is composed of 98% recycled materials, the Endless series consists of notebooks and diaries that are to be combined and grouped together in a never ending string. The energy efficient Humidifier presents a very simple and portable appliance with an ordinary bucketfor water that stands on a base with the power source. A portable heater or a practical stackable polypropylene flat disc with an extension cord wrapped neatly around, thus easy to manipulate and store, are just other great designs from DBA.

The strict-looking Folia desk has a somewhat different history. It was originally commissioned by the Executive Director of the famous Philip Johnson Glass House in New Canaan, Connecticut. The Folia desk with its four sliding divided trays is as minimalistic as the iconic modernist building. The design capturedthe attention of the Chicago Wright auction house and is now exclusively offered by Wright in a limited edition. It is the only piece of Leon Ransmeier’s work that was elevated to something more than just an intelligent design for the ordinary, albeit always unique moments of our lives. 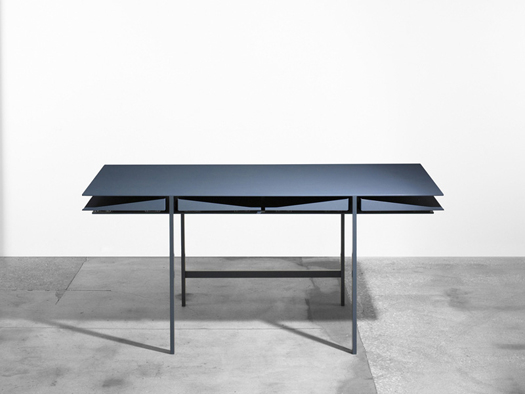