home
Inspiration Joe Colombo: The story of one armchair

Joe Colombo: The story of one armchair

The Italian Futurist, an elegant man with a pipe, the designer Joe Colombo (1930—1971) is most frequently associated with his progressive attitude towards design, having spent much time in the 1960s searching for new starting points, material experiments, functional and production innovations yet, above all, a completely new way of living which was supposed to go hand-in-hand with the interior design of back then, as is illustrated for instance in his experimental proposals for apartments and residential units. His famous armchair with the prosaic labelling 4801 which the author designed in 1965 for the Kartell brand may well be a futuristic experimentally conceived solitaire, but the corpus produced by Colombo is surprisingly made entirely out of wood.

During the time of its existence, the original design of the expressively shaped armchair, produced completely from bent plywood has become an icon which these days can be find in many prominent museum collections throughout the whole world as well as on the pages of catalogues from prestigious auction halls, in which it is always a sought after collector’s item.

In its time, armchair production was a rare business for the Kartell brand which is today synonymous with the production of solely plastic furniture. The 4801 model was, in fact, the only product by the brand to be completely produced out of wood and not plastic. Kartell had to invest considerable costs into developing the armchair so as to make the project at all feasible. And it appears to have paid off. In works by Joe Colombo, a man who died prematurely, this product assumes a solid position, standing out as simply different from the majority of his plastic or upholstery furniture pieces. We are sure to find his futuristic-organic morphology in other designs by him, but in terms of its manufacturing, the product comes closer to the Scandinavian or American design of that era in which experiments with bent plywood played a much more significant role. Within the Italian milieu, we are sure to try to find a connection for instance with the slightly older Carlo Mollini, of whose plywood tables which are more reminiscent of free sculptural plastics, Colombo was certainly aware. During the course of the sixties and seventies, versions of the Armchair 4801 were produced in many colours and varnishes. There was also a version with a somewhat comfier kind of upholstery which, in terms of visuals, comes closer to other Colombo works. For instance Sella 1001 for the Comfort brand (1963) or his LEM Armchair also emerging from 1963.  Both of these designs were also made using bent plywood and upholstery.

It wasn’t however until last year that Kartell got to feel some kind of gratification from the piece, when as part of its new collection, the company presented a re-edition of this legend. Its meaning had however advanced a little further and in essence was able to pay back the debt on the original idea of producing timeless furniture made from plastic. As of last year, the 4801 can actually be purchased in black, white and transparent plastic. With the re-edition Kartell went full circle and likewise, thanks to current manufacturing technology methods, at the very least it offers an interesting reinterpretation of the shape which originally emerged for wood-based production, and as such brought the design a little closer to the tastes of the contemporary customer. 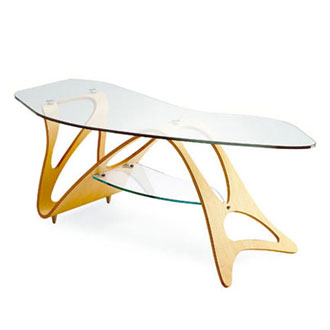 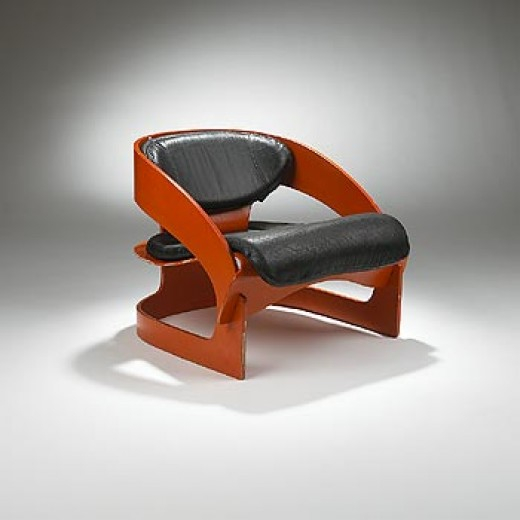 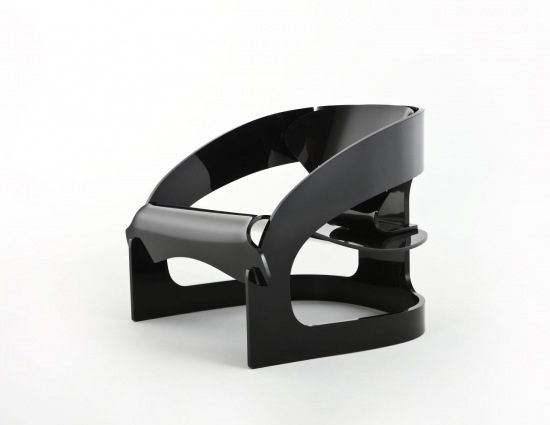