“I wanted to take a new look at the Capitonné and Chesterfield styles, with a special emphasis on the reinterpretations of 60s and 70s, which I love” - Patricia Urquiola - 2005.

It seems like only yesterday, but ten years have passed since Patricia Urquiola’s statement and the launch of Tufty-Time, one of B&B Italia’s best selling seating systems. A product of great success, result of the ability to reinterpret the past with great creativity, as well as a skillful and innovative expression of the concepts of modularity and comfort, with covers that are unexpectedly removable. B&B Italia celebrates this tenth anniversary by presenting Tufty-Time ’15. Its distinctive feature is a new formal solution for the textile version, which features large squares that are joined by pleats, for an undeniably contemporary and elegant look. Faithful to the original project, the starting point of Tufty-Time ’15 is the ottoman, the basic unit that is joined by central, corner and terminal elements with high or low armrests, which allow to create traditional linear sofas, corners sofas, peninsula-shaped compositions and island units for a 360-degree. An extremely versatile seating system, for a free and informal lifestyle. Starting in September, Tufty-Time ’15 will be featured with an original visual and creative concept in the windows of selected points of sale throughout the world. 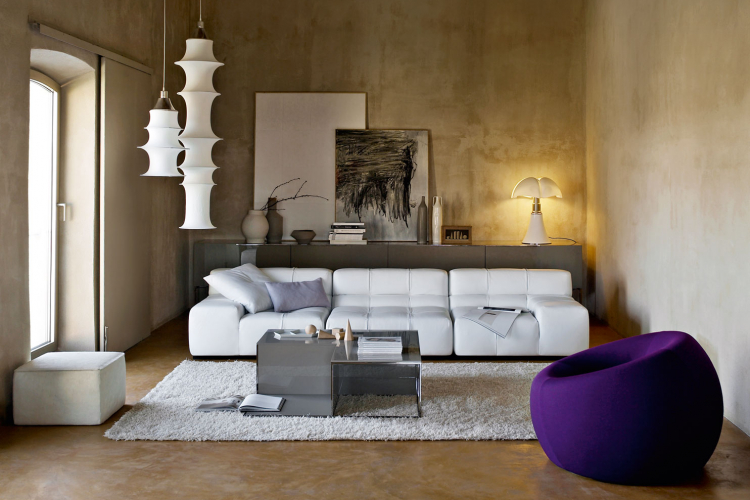 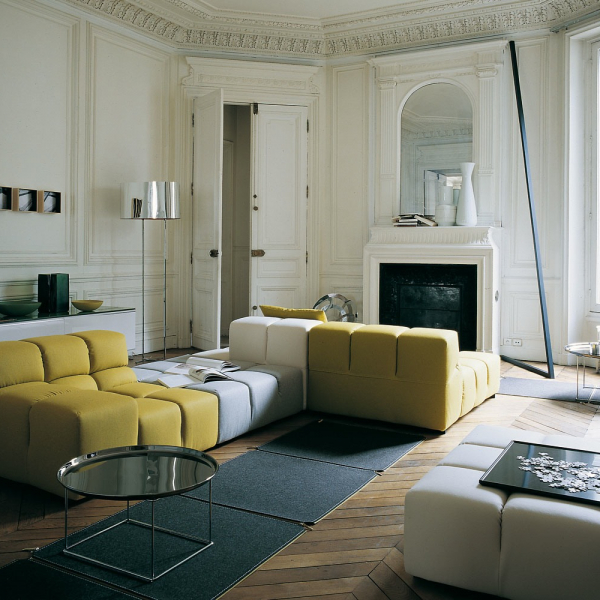 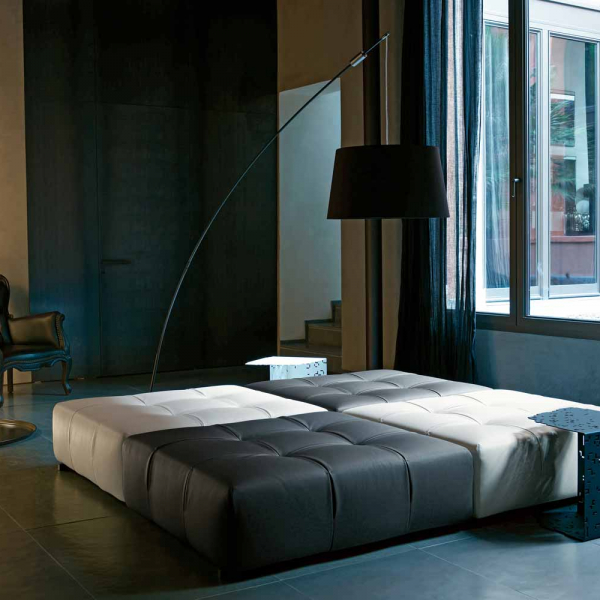