The Eames Molded Plywood Elephant represents one of the earliest examples in which this majestic animal appears in Charles and Ray’s work. They designed it in the early 1940s as a playful offshoot of their molded plywood experiments.

The elephant was part of a larger grouping of animals, including frogs, seals, horses, and bears, that the Eameses made as toys or furniture for children. They made two prototypes of the elephant, but it required complex fabrication methods and was never commercially produced.

In 2007, Vitra launched a limited edition of the Plywood Elephant in honor of Charles’s 100th birthday. The company worked closely with Eames Office to reproduce the 1945 design with precision and care, making 1,000 in natural maple and 1,000 in red-stained maple. The limited-edition elephants (each numbered–above is No. 35) quickly sold out.

Today, the Eames Molded Plywood Elephant by Vitra is available in plastic for those it was originally intended for: Children. 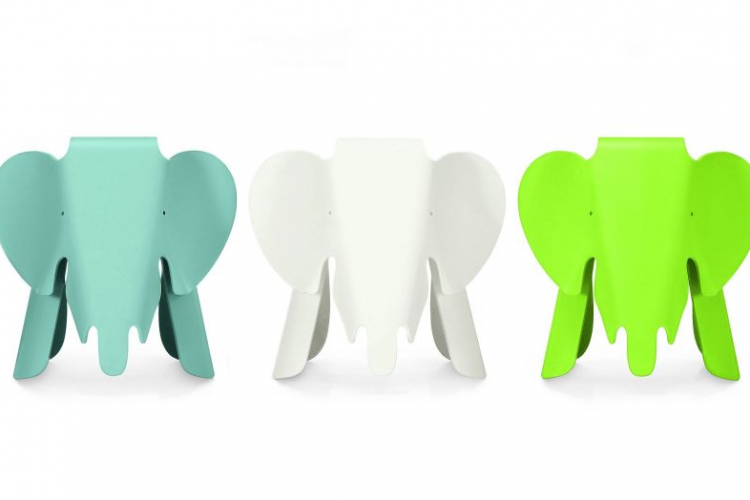 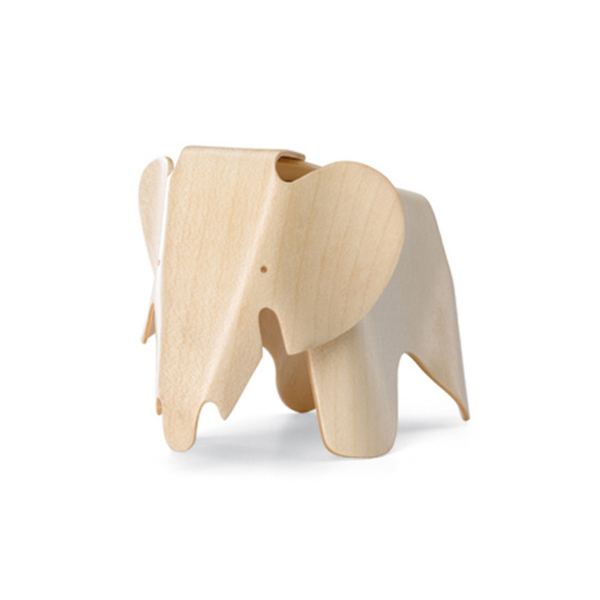 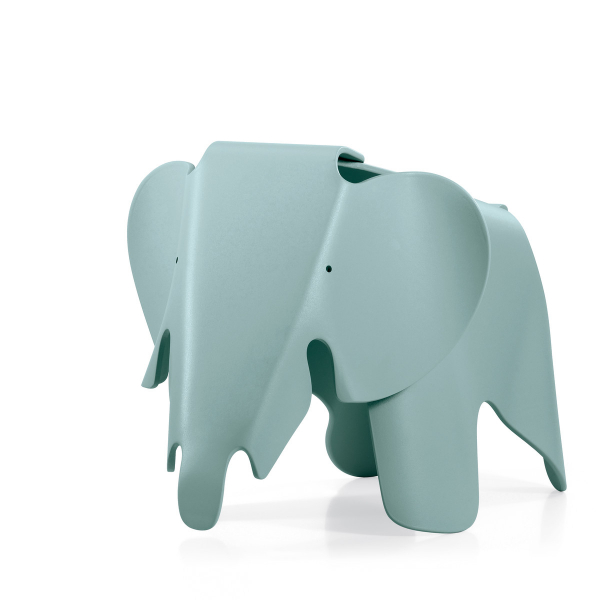