B&B Italia 50 years and beyond

The Italian design industry has always accepted the challenge of innovation, projecting its history and identity into the future.

For half a century after its founding, B&B Italia is still an industry projecting itself toward the future with its people, production places, ideas, projects and products, market strategies. What better way to mark its 50th anniversary than with more exciting projects which are rooted in the company’s past but aimed at future challenges?

At the heart of the events and activities planned for the B&B Italia 50th anniversary there is the in-depth acknowledgement of the company’s history and contemporary identity. This is developed through dedicated tools including a book, a film, an exhibition and other initiatives over the course of the year. It will be an integrated path through the multimedia technologies of global communication.

The international drive is part of B&B Italia’s DNA. Since the early ‘60’s, its founder Piero Ambrogio Busnelli dreamed of bringing the quality of the industrial design to the world in a way which could compete in an already sophisticated furnishing market.

Over the years this aim was consistently followed and developed by his son Giorgio. This led B&B Italia to become one of the world’s most popular global brands. It is renowned for conceiving, designing and producing innovative living solutions working with leading designers. B&B Italia manages the whole process of research, development, prototyping and industrialisation of products. All without sacrificing the human aspect of relationships between the many players involved in such a complex process. This returns constantly in B&B Italia’s long story.

The movie was born from the synergy and teamwork with 3D Produzioni/Sky Arte HD. The film B&B Italia. Poetry in the shape. When design meets industry is aimed at a wide audience, and at involving enthusiasts and professionals. Using a documentary format, the film uses attractive language, images of people, memories, and iconic products. It was successfully premiered last October in Milan as part of the Design Film Festival framework, and combines the documentation richness with the narrative pleasure. It alternates moments of critical reflection and emotion, especially as the founder and his family discuss Piero Ambrogio Busnelli’s humanity and important insights.

The first event of the 50th anniversary will be a screening of the film in Cologne in January at Kölnischer Kunstverein during the IMM exhibition. Other internationally dedicated occasions will follow. The trailer for the film here

The richest and most complex project for the 50th anniversary is the book The long life of design in Italy. B&B Italia 50 years and beyond. Edited by one of the most authoritative narrators of design and architecture, Stefano Casciani, the book describes in lay-man’s terms all of B&B Italia’s most important aspects. It covers history, current affairs, production innovation and technologies. It looks at the company’s building campus in Novedrate by Afra and Tobia Scarpa, Renzo Piano, Antonio Citterio and Patricia Viel, and the original communication strategies it used.

The volume, published in Italian and in English by Skira, will be launched at the Salone del Mobile in Milan in 2016. It will be richly illustrated with contributions from Renzo Piano (the architect of the B&B Italia Headquarters, which was built in 1973), Ferruccio De Bortoli (historical editor of Corriere della Sera), Deyan Sudjic (Director of the Design Museum in London). These are important authors that alongside Stefano Casciani insights, testify to the importance and consistency of the B&B Italia for the Italian and international cultural and economic scene.

B&B Italia’s 50th anniversary coincides with the XXI International Exhibition of the Triennale di Milano, the international show that presents a series of exhibitions and events linked to the theme “21st Century. Design after Design” (from April 2nd to September 12th). B&B Italia uses this special opportunity to tell its story through a celebratory exhibition in the prestigious Impluvium area inside the Triennale al Parco. The purpose is to offer an unseen interpretation of B&B Italia’s extraordinary legacy of creativity, technology and innovation, as well as its commitment to spreading the Italian culture of design and living in the world. The exhibition will start in early April and last for the entire duration of the Salone del Mobile. 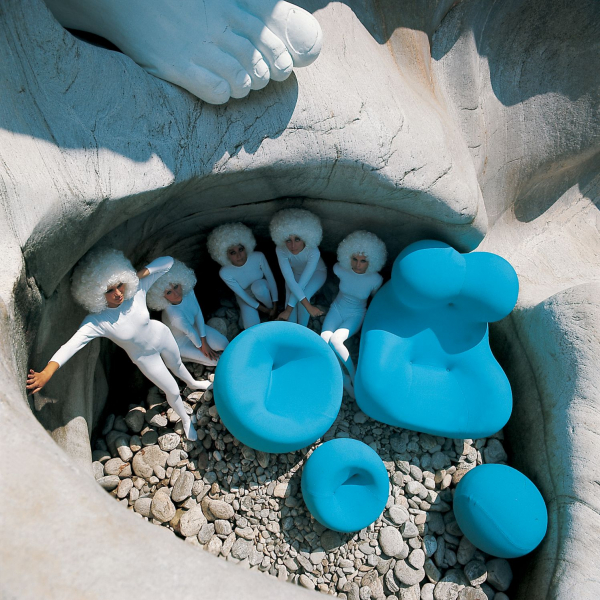 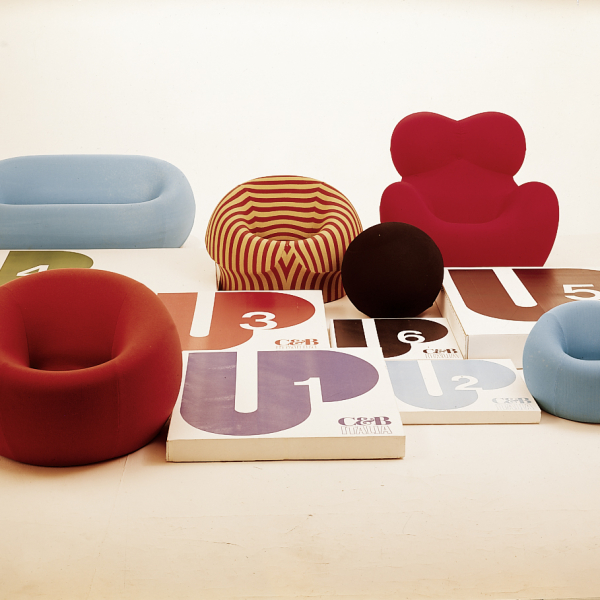